Managing Diversity in the Workplace

You will notice a couple of new features on the blog.  On the right hand side there is a tool to translate the blog content into multiple languages.  A little further down you will notice a Guestbook where I acknowledge the various location by country of where my readers are.  In examining the fact that there are readers in various countries; I am reminded of the power of the internet; the universality of the need for information on supervision, management, and leadership; and the continued struggle to support diversity in the workplace.  Just in doing this blog, it never occurred to me that I might need to add a "translate button," although it was available from the very beginning, for those who did not have skills at reading English or even preferred to read in their native language if English was their second language.  For years I have worked with employees who were ESL (English as a second language) speakers and readers.  Honestly, I had not given a great deal of thought to the struggles that they faced adapting to communication barriers created due to the subtleties of the English language.  One thing for sure, I came to love and adore their ability to interact with patients that spoke their native language when the patients presented for care and we were lucky enough to have a bilingual staff member present.

IT's NOT JUST ABOUT THE WORDS

What I noticed was that when a patient is dealt with in their own language, it's not just the words that help to assess and fully communicate in a two-way manner.  People from the same cultures, or who have been through the same type situations can IDENTIFY with each other and this aids communication.  Having an appreciation for people's need for this is the first step in understanding and managing diversity in the workplace.  Let me use a non-racial, non-language oriented example.

Example 1 - 20 Years in the Military Culture

You are interviewing a person who has just spent 20 years in the military.  If you don't have a lot of military people in your workforce, adding someone who has been part of the military culture for any length of time will have a different vocabulary, set of expectations from leaders, work ethic, and experience set from your other employees.  To match this employee with your workplace how might you explore this.  As with all other issues involving diversity, the first step is for the leader to become more informed.  With regard to military transitions to civilian life you can look to several documents such as the James Madison University Counseling Center Resource Page.  Once the leader is informed, my best suggestion is to have a mentor or preceptor for the new employee who also becomes informed about potential issues and is prepared to be honest with the new employee.  The problem that I continually run into is that other employees engage in "eating their young".  When I say young, I mean new to the team.  When someone new comes onboard, I would like to see the preceptor or mentor fully invested in making the new person successful.  If the new employee says something or does something that others feel is funny, quirky, or awkward this behavior is likely to continue until the preceptor is honest enough to say, "Hey, you are not in X anymore.  Our way of doing this is Y.  I wanted you to know because your role during orientation is to learn to do things a standard way."

A bigger organizational problem that I may deal with in another blog is the need for all work cultures to be open to new ideas and best practices.  Here again, the military is a good example.  The fastest advances made in trauma care have come from the military in times of war.  The first use of helicopters to evacuate trauma victims, Military Anti-Shock Trousers (went out of vogue in the 80's) but came from the military, blood replacement products, etc.  So why would it be that a military nurse just in from active duty would have a hard time fitting in?  Is the onus on the nurse or on the colleagues he/she is joining?  My answer is both.  Any person new to a group should expect to have their skills and abilities tested and observed.  To come in like a "know-it-all" would be a mistake for sure.  At the same time, when someone joins your team, the ability to assess for new knowledge from outside your center of activity is a mature approach.  We should all be able to value each persons ability to contribute to the team.  So from the first example, let's try putting together a diversity checklist and add to it as we look at other examples.

Example 2 - Not From Around Here

You are supervising a team of 9 people that have been transferred under your direction.  One of the team members seems to be called out by the others during the first meeting you have with the group.  They call him  "New York".  When he tried to make a suggestion, one of the other team members said, "You can't listen to New York".  While speaking with the former manager, you learn that this has been an ongoing issue.  Robert, a.k.a. "New York" came on strong when he was first hired a year ago.  He has been the brunt of jokes about how fast he works and always has better ideas than everyone else.

In dealing with this issue, an investigation into how deep any harassment goes is necessary.  However, you will quickly find the need to look at your organization's policies that define "diversity".  Unfortunately, there is no generally agreed upon definition of diversity.  After a lot of searching, my favorite one is the State of Oregon's definition which they have decided to present adjacent to a definition for Cultural Competency.

The concept of diversity encompasses acceptance and respect.  It means understanding that each individual is unique, and recognizing our individual differences.  These can be along the dimensions of race, ethnicity, gender, sexual orientation, socio-economic status, age, physical abilities, religious beliefs, political beliefs, or other ideologies.

It is the exploration of these differences in a safe, positive, and nurturing environment.  It is about understanding each other and moving beyond simple tolerance to embracing and celebrating the rich dimensions of diversity contained within each individual.

Cultural Competence refers to the process by which individuals and systems respond respectfully and effectively to people of all cultures, languages, classes, races, ethnic backgrounds, disabilities, religions, genders, sexual orientation and other diversity factors in a manner that recognizes, affirms and values the worth of individuals, families and communities and protects and preserves the dignity of each.

Operationally defined, cultural competence is the integration and transformation of knowledge about individuals and groups of people into specific standards, policies, practices, and attitudes used in appropriate cultural settings to increase the quality of services, thereby producing better outcomes.

Let's just say after talking to Robert that you learn that his team started calling him "New York" because of his accent.  This is offensive to him because he is actually from Boston.  He corrected his co-workers for the first month and then gave up.  He admits to coming on strong and can provide 3 best practices that he tried to introduce but was basically told to learn how we do things here and not make waves.

I hope you are saying to yourself, I cannot tolerate this.  This is definitely not a nurturing environment!  So in addition to our first two checklist items, I am going to suggest some additions:

3.   An expectation exists that each employee is accepted and respected in consideration of all their     differences.
4.   All standards, practices, policies, and attitudes reflect cultural competence to increase the quality of services, thereby producing better outcomes.

There are plenty of studies that demonstrate that the percentage of African Americans and the number of Females promoted to certain jobs falls behind other.  The culturally competent manager will have designed a hiring process that will have created a fair playing field for each applicant.  Let's say the hiring process consists of years of experience (20%), college degree (20%), score on job test (20%), Interview by co-workers (20%), Interview by hiring manager (20%).  There is at least a 40% chance for subjectivity involved.  Although interviewing tools and training are available, the interview is very hard to keep objective. The culturally competent leader will not consider black or female as items of importance to consider.  To his/her advantage, the resulting team will be diverse. 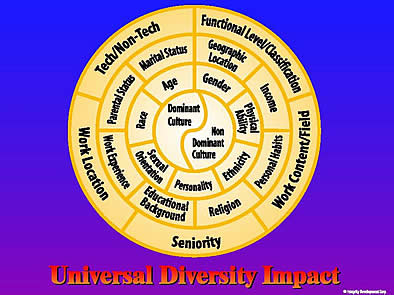 TIME TO BE HONEST WITH YOURSELF:

Which of the following circumstances would cause you problems being non-judgmental?  Based upon behaviors you see, and things you hear, does your team need more training?

Lest you think I gained my expertise by doing everything right, let me straighten that out.  I have made all the mistakes.  The thing is, that is how I learn best!  But one thing I am proud I did right was a simple act of kindness on my part but the impact was much larger than I expected it would be.  I was the Administrative Director of Inpatient Medicine at a large academic medical center and I got a call from one of my nurse managers that two of our employees, a husband and wife nurse team, had completed their requirements to gain U.S. Citizenship.  She asked if I wanted to go with her to attend their ceremony at the U.S. Federal Courthouse.

As you know, I think it is a great gesture to make a personal connection with your team members.  Hospital visits, going to funerals, writing cards, have long been part of my toolbox.  But I will have to say that seeing two Filipino nurses being sworn in as U.S. Citizens has been a highlight for me.  It made me wonder why all U.S. Citizens don't have to take the oath that I heard them take.  Sure, we all grew up with the Pledge of Allegiance and took U.S. History and Civics classes, but the requirements to be a U.S. Citizen for non-citizens are very impressive.  I'm sure Andre had rather have had his dad present, but in his words "he had his boss and he had his boss' boss."

One great part of the ceremony was when the federal judge read to the Naturalized Citizens their newly acquired Rights and Responsibilities.  One of our responsibilities as citizens is to respect the rights, beliefs and opinions of others.  It is the first time that it dawned on me that failure to respect diversity was also poor citizenship. 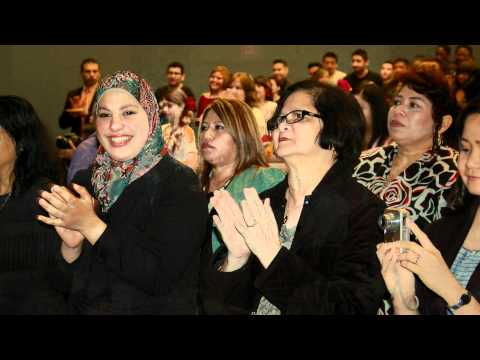