Some people seem to be a natural at politics.  Probably the most common statement that I hear with regard to why people avoid being involved in public politics is to avoid the intrusion into their personal lives.  It is true that we probably lack the benefit of a great many quality leaders on the state and national governmental level because of the mean spirited intrusion into people's personal lives.  Or, maybe it's fair for our elected officials to be a totally open book about every aspect of their lives.

One thing is for sure, politics is not only manifested for elected positions.  The recruitment, selection, and maintaining of leadership positions involves politics.  Organizations usually put safeguards in place to make these processes as fair as possible such as requiring the posting of open positions for a minimum number of days and requiring written job qualifications upon which to judge applicants.  But for all the protections put in place, one does not have to look hard to find examples of cases where politics overcame fairness in selecting leaders.

Why do we have political appointees? The primary reason,
theoretically, is to assure political accountability. A secondary reason is to reward supporters who helped elect the President.
Initially, the spoils system ("to the victor go the spoils") reached down to the lowest echelons of the bureaucracy, and nearly all federal jobs were dispensed on the basis of patronage. In the post-Civil War years a professionalized, merit-based civil service system was established and, as refined and enlarged over the succeeding generations, now covers all but the senior-most layer of the federal government. The principle remains entrenched, however, and seems hardly ever questioned, that all the key policy-making positions and their immediate support staff should be filled by political appointment.

Let's face it, there are jobs that you may strive for that you have to "know" someone.  Once you get that job, what are the tradeoffs that you would expect?  Will the person who helped you make the contact expect something special from you in your new capacity?

Remember my blog post "What People Don't Want - Fairness"?  People want to be treated unfairly to their advantage.  Secretly, we all want to be treated as a VIP at one point or another.  People call me all the time for physician referrals, can I get them in to see a physician more quickly, can I speed up their ER visit, can I get their first cousin once removed a job.  Sometimes it's a matter of good customer service, but sometimes what you are asked as a leader involves things that you simply cannot do.

There are multiple ways you can get burned when playing in a political situation.  Like many of you, I have been asked to write letters of recommendation for people to get into programs and to get jobs.  The first time I was burned doing this, it made a big impression.  I get requests to do this for people I don't know very well, but in this case, I knew the person.  She had been a former employee and had done a good job.  I wrote a letter for her admission to a LPN training program.  Within a month, I got a call from the program director.  The former employee was admitted to the program and within the first two weeks it was obvious that she had a drug problem.  I was asked if I was aware of that when I sent a glowing recommendation.  Although I had not been aware, her admittance to the program knocked a qualified applicant out of a seat and we had one less LPN that term than we needed.  Of course, I am left to wonder if a recommendation from me would mean anything to that program director again.

In the workplace, sometimes you get in the middle of people who are having problems working together.  As hard as you try to remain neutral, there will be attempts to get you to choose sides.  I have only one piece of advice and it sounds a little crass:

The toes you step on today, may be attached to the rear end you have to kiss tomorrow!

Taking sides against a colleague is not a good idea.  As people's politics play out, you can get caught up a very bad situation that can be career altering - for you.  Even when you are absolutely certain that you are on the honorable, true, and correct side of an issue, organizations do not always react in honorable, true, and correct manners.  It is best to stay neutral. 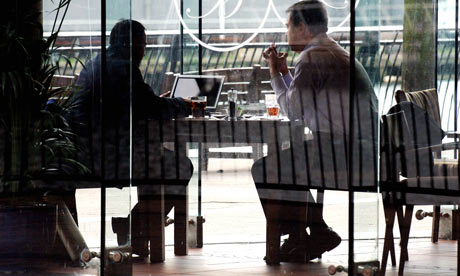 The most difficult personalities in the workplace are the bullies who like to identify everyone's buttons and push them constantly.﻿  When you allow them to be rewarded by seeing that they are bothering you, you reinforce what they are better at than you are.  The personalities that enjoy creating political dilemmas in the workplace enjoy creating havoc and trying to make others take sides.  Try not to take it personally, because that meets their need.  Call on Steven Covey's philosophy of Seek First to Understand before trying to be Understood.  Listen carefully to the other person and articulate their position until they agree that you have fully stated their position.  This has a disarming effect when the other person knows that you fully understand their position.

The best outcome is again one of the 7 Habits of Highly Effective People by Covey, Think Win/Win.  What solution to the politically charged solution can be developed where there are no losers?  Most politically minded people are fully comfortable with winners and losers just like you have in any political contest.  But true leaders will solve a political situation in a different manner demonstrating that political means is not as effective in the workplace.  When working with people,  collaborating is many times the best option for solving issues.

Subscribe to Brent Lemonds' Healthcare Management Blog
Posted by Unknown at 10:56 AM