During the Great Depression, Herbert Hoover said "I'm tired of making decisions one after another all day long.  My view of Heaven is of a place where no one ever has to make a decision."(1930, Fairchild)  Decision-making is tough.  We always have critics to comment on our decisions.  We all are decision-makers in our own lives, and some of us are entrusted with decision-making on behalf of others or our companies.  The problem is, there is a great deal of evidence that we are not that good at it.  IF, however, we can push pride and ego out of the way for a moment, "decision-making prowess is a skill that can be learned (2002, Russo & Shoemaker).

Research shows that the less competent people are, the less likely they are to know it.  Overconfidence is a deep seated human characteristic.  Drunk drivers are absolutely convinced that they can drive. Decision-makers without the skill to resist also fall for confirmation bias - the tendency to favor evidence that supports our current beliefs and to dismiss evidence that challenges them.

If you admit for a moment that you could possibly be a bad decision-maker, you join a pretty prestigious group:
So how do we do with major life decisions?

So it's obvious that we need some of those skills that we can learn to make better decisions.  Russo & Shoemaker in Winning Decisions presents such a tool as a Decision-Making Process: 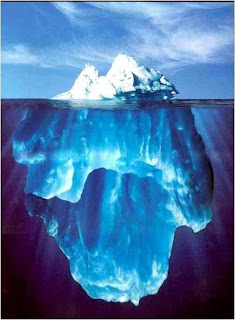 Framing is looking at an issue like looking at an iceberg.  Realizing that there is always much more under the surface than you can see.  Snap decision-makers fail to take into consideration confounding variables that are impacted by their decisions.  When you are presented with a new issue, whether consciously or unconsciously, the presenter frames the issue in a certain way.  It is important to remember that taking the time to look deeper will bring you to more options and to better decisions.

Once the frame is large enough to see the issue, the field for gathering intelligence can be identified.  A great decision is made only after relevant facts can be considered.  Teams working to come to a decision need more than just their own minds, they need the intelligence of people affected by the decisions.  They need to know about the marketplace, the competitor, the best practices, the innovators. The next step is consulting those with experience in the issue at hand.  Generally, I am not wild about consultants.  They come talk to me, put what I said on PowerPoint and present it back to the organization with an invoice.  But.....what they do bring is the experience of being in several organizations and learning from others what is working and what is not working.  Rather that using pure consultants, I like to find colleagues who have lived through an innovation or change process and visit them or speak with them about what worked and what pitfalls to watch for.

I love the story about the blind men describing the elephant by describing the part they were touching.  Coming to conclusions may feel that way.  Once going through a process, any process, coming to a conclusion feels more organized and can be bought into.  This process is reviewing and narrowing of options.  Time may be spent on determining a criteria based tool to guide the final decision.

Decision by Consensus gets a lot of credit where I have worked.  This is when issues are discussed among experts until there is broad agreement on a course of action.  Agreement does not equal action.  A real change occurs when there is a critical mass moving forward with implementation.